Market Abuse Detection without the human element destined to fail? 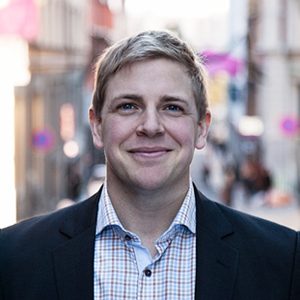 No one who reads an article on detecting market abuse and surveillance systems has missed that the Market Abuse Regulation, MAR, will be introduced on July 3rd. With MAR comes a formal obligation for firms to have a complete surveillance set-up in place with systems, arrangements and procedures to be able to detect and report suspicious orders and transactions.

Compared to the original Market Abuse Directive, MAD, which was implemented across Europe in 2005 the obligation to actually monitor for, and detect, market abuse is something new, as well as the inclusion of orders in the reporting obligation.

However, for firms who did their homework when ESMA presented its Guidelines on systems and controls in an automated trading environment in May 2012 this should not come as a surprise.

”The most effective form of surveillance will likely be a mix of both automated and human forms”
-ESMA (MAR RTS p.151)

Along with the need for a surveillance system, its level of automation depends on the nature of the firm´s business and trading set-up, ESMA also highlights the need for well-trained staff handling the output of the system, conducting the investigation and creating the STOR (Suspicious Transaction and Order Report).

There are people in the industry with the hope, and false belief, that a surveillance system is capable of providing them with complete STORs, unfortunatelly that´s not the case.

Surveillance systems merely alert the surveillance staff of events and scenarios in the market that need to be looked at more closely. The system also provides different tools for searching and displaying the data that, after being investigated and assessed by competent staff, could be the basis for the creation and submission of a STOR.

Globally there are numerous suppliers of automated surveillance systems, ranging from the light versions which are add-ons to order management applications or best-ex analytic tools all the way through to the highly sophisticated, bespoke market leading system.

Regardless of which type of system your firm chooses this will take a lot of resources from the compliance department to maximize the output of the surveillance system and make sure that all alerts are properly looked into and documented.

The system will also require constant care to ensure it is up to date with ever-changing regulation and trading conditions. For every STOR submitted, the surveillance staff will have gone through and investigated hundreds or thousands of alerts with no other outcome other than that a reasonable explanation was found and documented.

For smaller firms with limited compliance resources, to have a year-round, real-time surveillance team operating a surveillance system could be a heavy burden to carry. However, if you are a ”person professionally arranging or executing transactions” you have no choice but to comply with article 16.2 of MAR and ”establish and maintain effective arrangements, systems and procedures to detect and report suspicious orders and transactions”.

The OTS service is carried out by surveillance experts with experience from the Regulator, trading venues and firms. The Service is designed to comply with MAD and ESMA guidelines on automated trading which means we are well prepared for the upcoming MAR, even though there are a few new aspects that need to be adressed and implemented in the service.

Since MAR allows certain parts of the whole surveillance set-up to be outsourced we are confident that for many firms our OTS service is the easist, most cost-efficient and reliable way to achieve regulatory compliance with MAR´s obligations on monitoring and reporting suspicious market abuse.

If you want to know more about the obligation to detect and report suspicious orders and trades and how Trapets can assist your firm in achieving regulatory compliance, check out our white paper on the subject or contact us.