For the 5th year in a row, Trapets have been named as a ‘Gazelle’ company by Dagens Industri (DI).

DI has been recognising Sweden’s fastest-growing and most successful companies since the year 2000.

The Gazelle/Gasell survey “ranks Sweden’s most successful companies in 21 counties. The survey is based on the company’s four most recent annual reports. Less than 1% of Sweden’s limited companies meet the requirements to be called Gasell companies.” 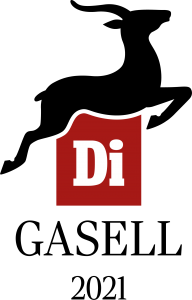